Patrick Dionne and Miki Gingras (Montreal, Québec), who created the permanent mural Tracadigash for the 250th of Carleton-sur-Mer, in 2017, are currently preparing a complementary work in augmented reality, which will be unveiled for the 12th edition of Rencontres, in 2021.

Installed in the Parc des Horizons, the permanent work Tracadigash was designed on the basis of stories and photographic images deriving from encounters between the two artists and the population. The approach is intrinsically linked to the collective memory, an important oral heritage that weaves ties among the members of the population, whatever their origin, and whose ancestors, accompanied by the Mi’kmaq First Nation, peopled and enriched their respective eastern Québec cultures. 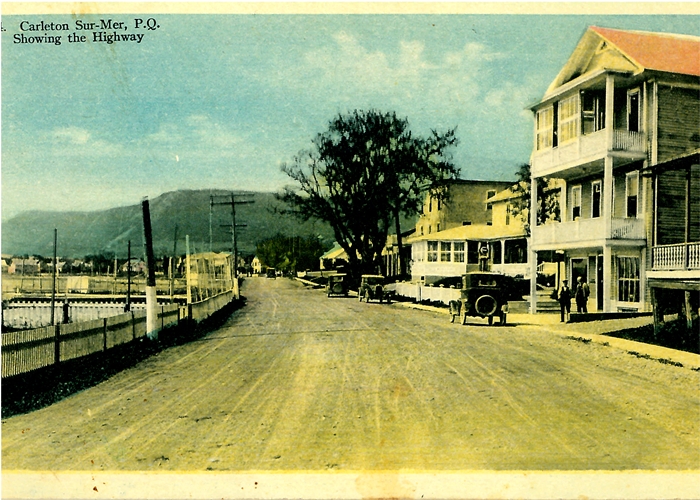 During their research into the creation of Tracadigash, Patrick Dionne and Miki Gingras discovered postcards and amateur films. It is this material that they chose to place in a relationship in a work of augmented reality where the virtual is layered over the real, in collaboration with Web creators Thibault Landel and François Pallaud.

The digital work will allow people standing in front of the Tracadigash mural to enjoy an in situ experience enhanced by interactive content as they travel across the world of the stories told, through the details of the physical work. By digitalizing the Parc des Horizons mural with the camera on a cellular phone, it will be possible to select the words or groups of words that will appear on the screen. That selection will generate a sentence inspired by the glossary of the collected postcards. The randomly generated sentence will be accompanied by a sequence of animated images, taken from archival films. This sequence will be sharable by visitors on social networks, as though they were sending a postcard in order to stay in touch and share memories. 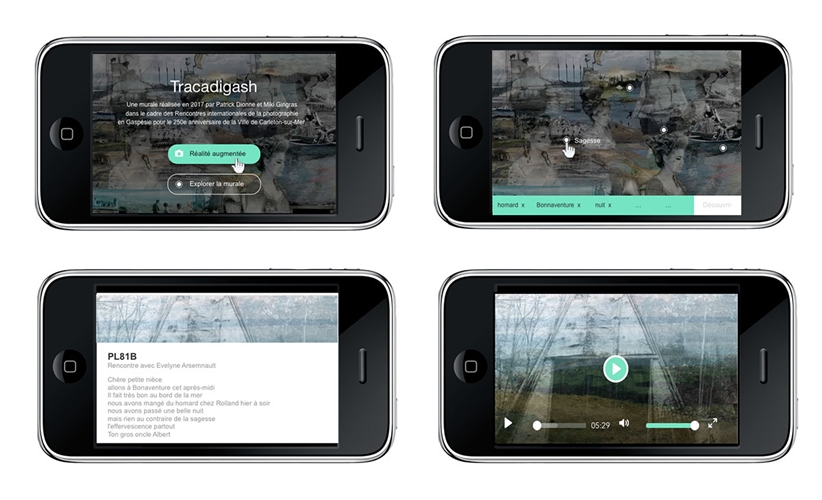 The launch of the work Tracadigash in augmented reality is scheduled for September 3, 2021. The result of a partnership between Ville de Carleton-sur-Mer and Rencontres, this digital project received $5,000 in support from the Innergex Fund and $75,000 from the Conseil des arts et des lettres du Québec as part of the Exploration and Digital Deployment program.